Stephen Curry shotmaking with the Golden State Warriors has shown that with hard work, anything is possible.

Stephen Curry is a professional basketball player who has currently played over 11 seasons in the NBA. His family has deep roots within professional basketball as his father, Dell Curry played over 15 seasons. Curry grew up in a humble family as his Dad provided a lot of mentorship to give him the ability to hone his basketball skills. Throughout his childhood, Curry was surrounded by a good support system that focused on spirituality. In fact, Curry would have the words “I can do all things” on his basketball shoes; a verse that’s within the bible. With a solid family foundation with his Father and Mother, Curry was ready to handle any challenge in his path.

Throughout his basketball play in high school, Stephen Curry was undersized and needed to gain more skills. College and NBA players often have strong bodies, incredible height, and high basketball IQ. Curry couldn’t control his physical growth, but he could control his basketball fundamentals and body conditioning. In his off time while he played basketball in high school, Stephen worked extremely hard to better his shot making skills and endurance. Still, scouts from colleges were finding it difficult to recruit Curry due to his undersized ability to handle players who were taller.

Curry had the heart of a champion despite what people said about him being an undersized basketball player.

Although many scouts did not want to recruit Stephen Curry into their college, Davidson University gave him a chance. Curry was determined to make an immediate impact to the basketball team and surely his presence on the basketball court did. In addition, the time spent in college would allow Stephen to increase his basketball skills and grow as a player. Curry’s success in college translated to having key victories in the NCAA tournament and becoming the NCAA scoring leader.

Stephen Curry had great success at Davidson University and gave the team better chances to win in any game he played. Curry was not only only impactful on the basketball court, he made his teammates better players too.

After three years in college, Stephen Curry decided to enter the 2009 NBA draft. In addition, Curry was selected by the Golden State warriors in which Steve Kerr would eventually coach Curry in the making of one of the greatest basketball teams of all time. With Curry’s shot making skills with the help of Clay Thompson, Draymond Green, Andre Iguodala, and Kevin Durant, the team accomplished to win multiple NBA championships. Curry would achieve multiple NBA MVP’s during the seasons in which his team was a contender to winning a championship ring.

Stephen Curry’s career in the NBA has been legendary and without a doubt, he will be in the NBA Hall of Fame when he’s done. His critical shots combined with the ability to make his teammates better, is rare. His hard work allows the Golden State Warriors to have an opportunity to win the NBA championship each year.

Stephen Curry is a role model for many people. Curry gives positive impact to players in the NBA and people outside of basketball.

Enjoyed reading this article? Be sure to view other inspiring stories! 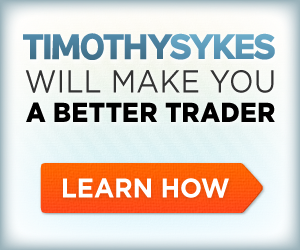